Route out – Gorebridge to Dalhousie to Capielaw to Rosewell to Bonnyrigg to Eskbank to Dalkeith. For route map click here. Note that Google Maps doesn’t seem to know about all of the cycle routes through Dalkeith (no.196 and no.1). After Bonnyrigg, just follow the all the blue signs and this takes you mainly off road via Eskbank Station and Newbattle Golf Course until Dalkeith Campus.

Route back – Dalkeith to Crossgatehall to Cousland to Fordel Mains Farm to d’Arcy to Gorebridge. For route map click here.

Today, Dad and I decided to go the long way to Dalkeith so that we could investigate one of the few sections of cycle route no.196 that we hadn’t already been on from Hardengreen Tesco to Crossgatehall. It was a lovely part of the route and I really enjoyed it.

Our route began from our house in Gorebridge as usual. We sped out of the village down the steep B704 at over 30mph (breaking the speed limit but not by more than 10% so I’m sure we won’t get a speeding ticket!). We stopped for a quick photo of Dalhousie Castle and then soon turned left onto cycle route no.1, heading for Carrington. After a mile or so we turned right onto a very quiet minor road and it was getting hot so I took off my fleece. About 10 seconds later a wasp flew in and decided to sting me on the arm – it was really sore! Believe or not, I was stung yesterday as well. How annoying… We then turned off this road onto a very bumpy single track road to Capielaw. This turned into a rather muddy track after a while, taking us around the back of Whitehill House Golf Course which looked rather nice. Eventually, the mud and potholes turned into proper road again and we sped the last mile downhill to Rosewell.

At Rosewell we joined the cycle path of route no.196 and zoomed downhill all the way through Bonnyrigg to Tesco, stopping just twice to forage for wild raspberries. From here there’s a new section of cycle path which goes through Eskbank Station. Sadly, we didn’t see any trains today. After the station, we must have missed the cycle route sign and cycled the wrong way for a few hundred yards before realising our mistake and turning round. The route no.196 signs appear to suggest cycling round Eskbank Toll roundabout but we thought it looked far too busy and dangerous so we took a short cut through The Justinlees car park instead. The next part of the route was my favourite, going through the woods alongside Newbattle Golf Course where we stopped on a bridge over the River Esk for a drink. From there it was all downhill along the cycle path and some sections of pavement until we reached a junction in the cycle route next to lots of electricity pylons, just before Whitecraig. We turned right and followed the sign for route no.196 until we reached the traffic lights at Crossgatehall.

After a short downhill section on the relatively quiet A6124, we then turned left and headed steeply uphill to the village of Cousland where we stopped for a quick oatcake and drink. In Cousland we spotted something we hadn’t seen before – some old narrow gauge railway trucks from the Cousland Lime Works. After Cousland we cycled uphill again until Fordel Mains Farm and then uphill once more to d’Arcy which was the highest point on the route and gave us a great view over to North Berwick Law, the Bass Rock, Traprain Law and the Lammermuir Hills. A few weeks ago we had come this way so that we could speed down a really steep section here. We broke our fastest ever speeds that day and today we completely smashed the records again. I reached 37.5mph and Dad even got to 41.9mph! It was really amazing going that fast. We then went along at a more reasonable speed for the last few miles home. 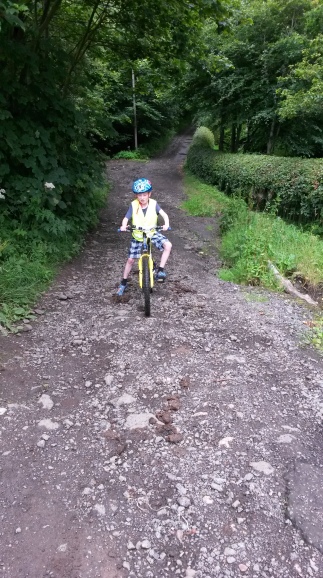 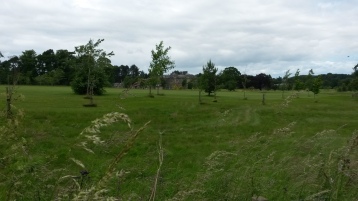 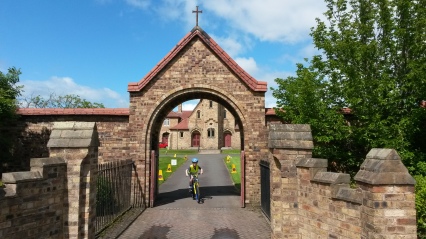 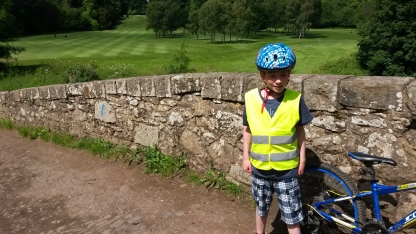 One thought on “Gorebridge to Dalkeith the Long Way”