Route out – Gorebridge to Gore Glen to Arniston Estate to Temple. For route map click here and then, because Google Maps isn’t clever enough to go off-road,  follow the black line drawn on this map:

Route back – Temple to Carrington to Gore Glen to Gorebridge. For route map click here.

On Easter Sunday, we had some time to kill before going to Grandma’s house for tea so Dad and I decided to go for a short local cycle. Just to be a bit more adventurous than usual, this included a 5 mile off-road section along one of our favourite walking routes through Gore Glen and the Arniston Estate following the Gore Water and then the River South Esk all the way to the village of Temple.

We headed out of Gorebridge along Engine road (which is the bumpiest road in the world) and soon turned left onto the single track road which leads you through the trees into Gore Glen. After a short time, you have to pass a through a gate and the road turns into a narrower but still tarmaced track running close to the Borders railway line. Our route was on the other side of the railway track so unfortunately, we had to hump our bikes up and over the pedestrian bridge. Luckily Dad is very strong and he carried my bike up to the top of the bridge…

After that, the fun started with a very steep drop down into the glen which takes you underneath the main A7 road. The surface was quite loose and very bumpy but with brakes fully on, we both managed to get to the bottom without falling off. We then had a nice ride for about a mile or so along the good quality but narrow footpath which follows the Gore water, passing through endless amounts of wild garlic on both sides of the track. I stopped to forage some garlic at one point (the leaves are really tasty!). We then crossed over a rather rickety looking hump-backed bridge where the Gore Water joins the larger River South Esk. From that point the path follows the South Esk the rest of the way to Temple. However, the path is nowhere near as good after that and we had to watch out for lots of tree roots, pine cones, rutted dried mud, swampy wet mud and fallen trees. We saw some amazing caves, a badger’s den, a waterfall, an old water-pumping-station-shed-thing and some massive, ancient Beech and Giant Redwood trees along the way. We had a great time and it was a pleasant change from cycling on the road. Just before we reached Temple we passed under a rather impressive road bridge and then had to endure the impossible section, resorting to pushing our bikes up and down a lot of steep steps before eventually emerging out of a wooden gate and onto the road once more.

From Temple, we followed the quiet road to the peaceful village of Carrington. I’m sure people must live in the houses there but strangely, you never see anyone… Today, we stopped to have a nosey at the unusual looking church. We then sped back down the narrow road past Carrington Barns farm and fields of oil seed rape and then down a really steep hill and into Gore Glen once more. From there, we headed straight back up another monster hill, over a bridge across the Borders Railway line again and back into Gorebridge via the new cycle path through Arniston Park. We made it home just in time to go to Grandma’s where I had my favourite broccoli quiche for tea…

NOTE FROM DAD: We often go walking along the off-road section of this route and although it was basically fine to cycle at this time of year, once the nettles, ferns and brambles start to grow in the next month or two, much of the River South Esk path will be overgrown and probably impossible to ride on. It will also likely be much muddier through the summer too so best to attempt this route when it’s dry in the winter or spring. ie. go now before it’s too late… 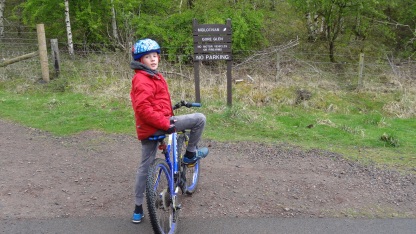 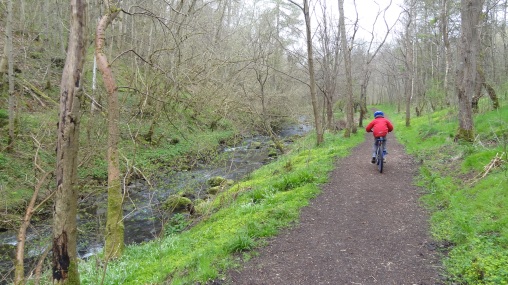 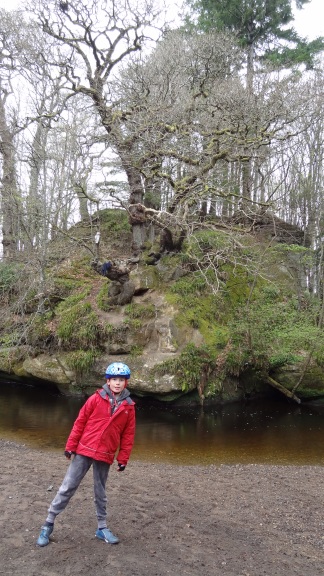 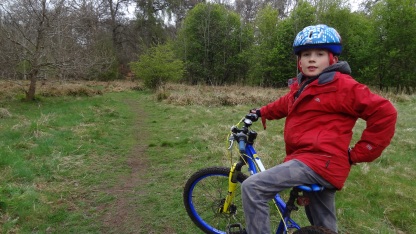 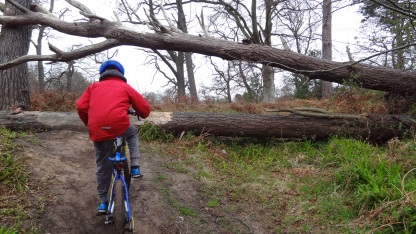 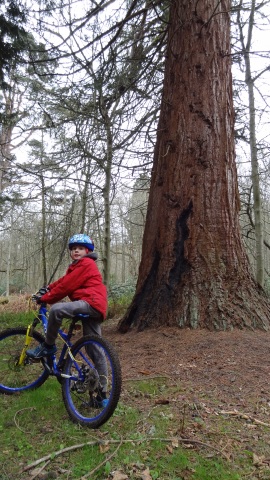 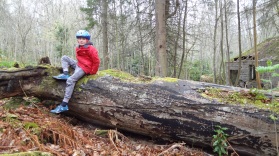 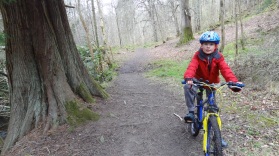 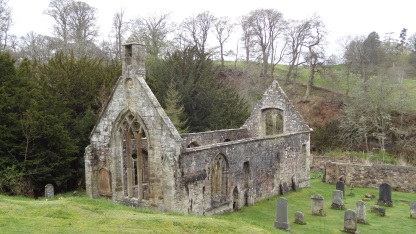 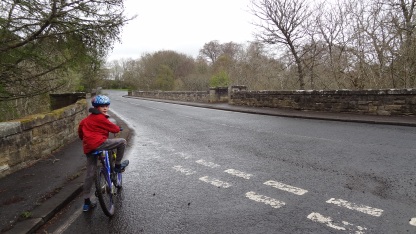 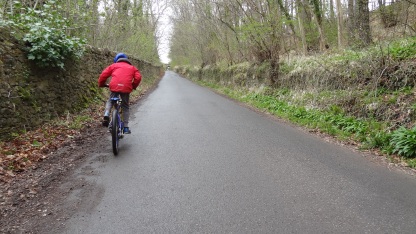 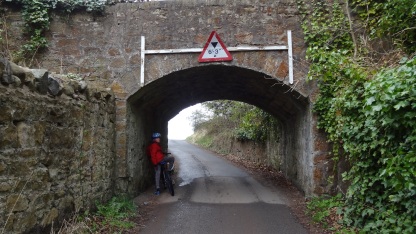 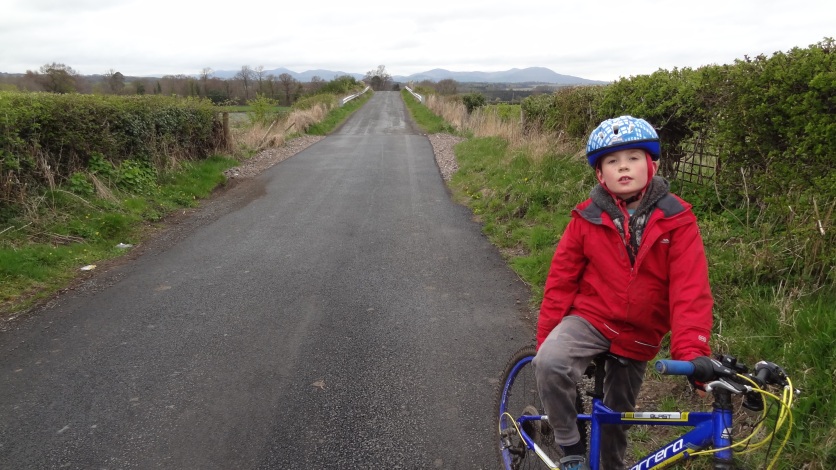