Route out – Gorebridge to Temple to Portmore Loch to Lamancha to Romannobridge. For route maps click here and here.

Route back – Romannobridge to West Linton to Penicuik to Roslin Glen to Rosewell to Bonnyrigg to Eskbank to Newbattle to Newtongrange to Gorebridge. For route map click here.

Last Sunday Dad took me on a tour of some of parts of Midlothian and the northern Borders that we hadn’t cycled through before. It was freezing cold but we still had a great day out in the countryside.

We left Gorebridge on the quiet B6372 road, soon passing by the entrance to Arniston House before turning off at the signpost for Temple. The village of Temple is a lovely place but unknown to most people, there are actually 2 sides to the village. Dad described it a being a bit like a Beatles 7″ single: most people choose to turn left and uphill through the main part of the village (the A-side. eg. “I Want To Hold Your Hand”) but if you turn right and head downhill, you discover an even nicer but less visited side of the village (the B-side. eg. “This Boy”). Anyway, enough of Dad’s nonsense… We chose the B-side and headed down the steep hill, stopping to have a look at the ruins of the Old Temple Kirk on the way. After that, we faced a monster climb which took us back up the narrow road until it joined up with the B6372 once again.

We stayed on this road for a few miles going up and down (mostly up actually) over the many hidden dips until we reached the turn off for the back road to Peebles. This is a great road for cycling on as there’s very few cars and the road surface is mainly very good (Dad thought it was the smoothest road surface he’s ever cycled on). The sun even tried to come out to melt away some of the low clouds and give us a decent view of the Moorfoot hills. We cycle this way quite often but we normally turn left and head along the side of Gladhouse Reservoir. Today we kept going straight, heading for the Scottish Borders. A couple of miles past the Borders sign, we stopped at the side of the road and Dad lifted the bikes over a locked gate which marked the start of the track to Portmore Loch. A few minutes of bumpy path later, we reached the loch, a very peaceful and picturesque place to stop and have our crisps. We then followed the track on the west side of the loch, heading south into the woods. It was rather muddy but as it was nearly all downhill for a mile or two, the going was fast and it was actually really good fun, with lots of nice bumps to jump over. Eventually, just after having a sneaky peak at the massive and very posh looking Portmore House (which seemed to suddenly appear amongst the trees as if from nowhere), the mud turned into a proper road surface again and we fairly zoomed downhill along this section of private road until we reached the gatehouse at the entrance to the estate.

At this point we had no option but to turn right onto the A703 road. It’s the main road from Edinburgh to Peebles and not one I’d normally recommend due to the amount of fast traffic that uses it. However, we only had to go a few hundred yards along it (as fast as possible) to reach the minor road on the left which took us to Lamancha. This road is a great road for cycling as it’s almost completely deserted, is surrounded by beautiful Borders scenery and has a very good road surface with lots of really long straight sections. Some of the long straights were even downhill! After about 5 miles of this we arrived at a junction with another main road, the A701. This is a relatively quiet main road so much safer for us to cycle on, but first we stopped for a boiled egg (me) and a Yorkie bar (Dad) to give us an energy boost before tackling it.

We headed south along the A701 through a very nice valley. The road wasn’t too busy but the surface wasn’t all that smooth for a main road. It was mainly downhill though and in no time we had speeded past the hamlet of Lamancha (not much to see there) and also a place that sells tractors before reaching Romannobridge. Romannobridge is a very long village and it took a while to cycle right through it. Near the end, Dad spotted the actual bridge, so we stopped there for a photo. We then turned right onto the back road to West Linton. This is another great road with lots of nice views of the hills, including the Pentland Hills which became visible as we neared the village. The village itself is really lovely and quiet and would probably be a nice place to live. We stopped at the park for our lunch (oatcakes, cheese and carrot sticks).

We left West Linton along Deanfoot Road which takes you about 7 miles, most of the way to Penicuik. This is yet another amazing road to cycle on with some of the best possible views of the Pentland hills on one side and bleak open moorland on the other. I imagine it would get quite exposed here but thankfully, there was virtually no wind today. The road surface is pretty good, traffic is light and most of the road is completely straight, with the last few miles downhill and very fast. Along the way we were chased up a hill by a Border Collie (the dog won the race) and saw some rather homemade-looking signposts pointing roughly in the directions of Lamancha, West Linton and Carlops. For the last half a mile to Penicuik, we rejoined the A701 and sped down the hill to the town at well over 20 mph.

From there we took the old railway path (cycle route 196) for about 7 miles through Roslin Glen, Rosewell and Bonnyrigg until we reached Eskbank. This is a good path for cycling on and goes through some amazing railway tunnels along the way. It was very muddy in places though. In Bonnyrigg, we entered some sort of weird time warp, where at one point we were simultaneously both 2 miles and 3/4 of a mile from Eskbank…! (See photos for proof) At Eskbank we left the time warp (and cycle route 196) behind and took the B703 road through Newbattle. We then turned left onto a road called “The Beeches” which took us to Newtongrange. From there we followed the “Bryans” path which skirts around the east side of the town, eventually taking us through a small housing estate and onto Stobhill Road, which we then followed for the last mile or so back to Gorebridge. 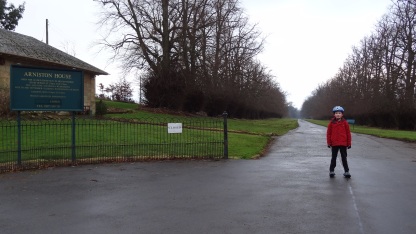 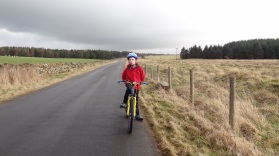 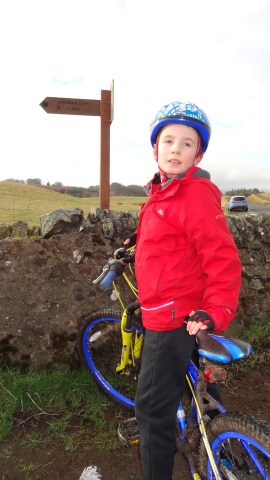 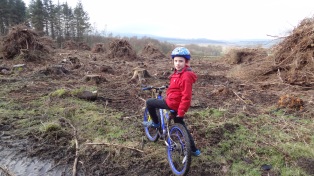 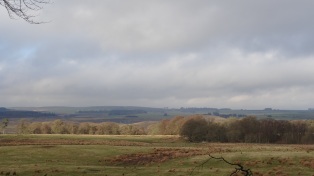 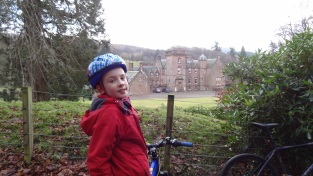 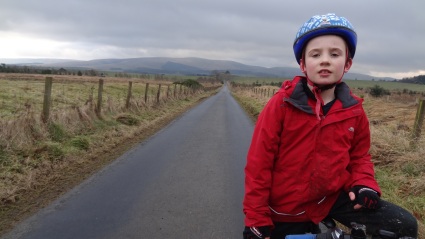 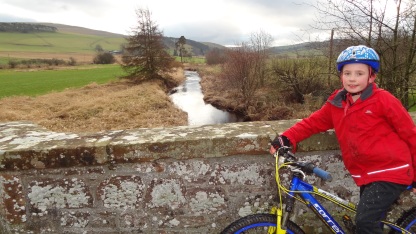 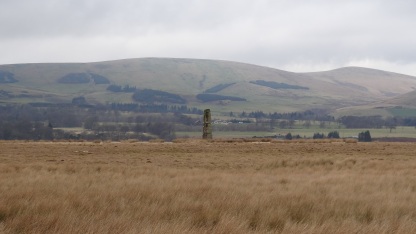 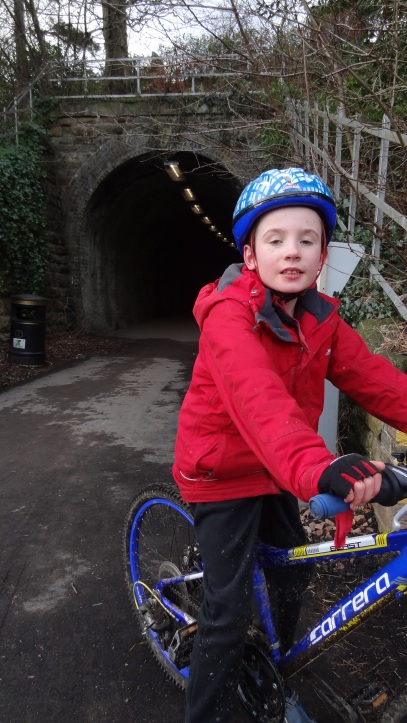 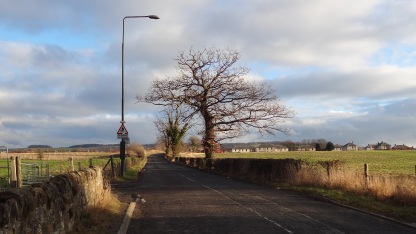